“Today is my 126th birthday,” J.R.R. Tolkien might say at his birthday party to crowds of adoring party-goers, if he were still alive today. In my fertile imagination I can conjure

up an image like something straight out of the beginning of Fellowship of the Ring, in which Tolkien, instead of Bilbo, invites 144 guests, people who were important to him in his own life, and not so important; his own Tooks, Brandybucks, Bracegirdles and so forth. Like his protagonist of The Hobbit, Bilbo, I can visualize Tolkien saying during his speech, “I don’t know half of you half as well as I should like; and I like less than half of you as well as you deserve.” Furthermore, I like to think that if this was the case, I would be invited to his birthday, and I would have been one of those he liked.  I also wonder what present he would give me. In truth, nothing he could give me could overshadow the gift that he already gave me, the gift of wanting to be a writer.
I was a boy when I first read The Hobbit, and read is an understatement. It transferred me, as if by some magical power, into a different world. His words were a wave of magic, engulfing me, whisking me away to Middle Earth, into a realm where my imagination could soar as high as a dragon above snowy mountains and vast kingdoms. I followed Bible as he journeyed with the wizard Gandalf and a rag-tag team of dwarves, hiking dangerous  mountains, traversing into gloomy forests, while encountering fearsome trolls, goblins, and flesh eating spiders, as well as more benign creatures such as elves and eagles, all on their journey to confront a fierce dragon. I was enchanted by the song and poetry, of the words of wisdom within the book. I had to read more. It wasn’t long until I was reading all three books of The Lord of the Rings. “Aren’t you young to be reading that?” I was sometimes asked. I was about in the fifth grade, if I remember correctly, or the sixth. Young or not, I was entranced. Tolkien had bound me with a spell more powerful than the dark magic that the Dark Lord Sauron used to create the one ring to bind “to rule them all.” Since then I have read The Hobbit four times, The Lord of the Rings three times, and have since read The Children of Hurin and I have started on the Silmarillion.

I have read other fantasy book since, such as the works of Terry Brooks, Brandon Sanderson, Ursala K. Leguin, and Robin Hobb, just to name a few. These are all wonderful writers, crafting with their magical minds their own worlds full of life, emotion, and lore. But it’s Tolkien who most fantasy writers pay homage to and for good reason. He reinvented fantasy for the modern age. I say reinvent because it would be a falsehood to state that he created fantasy. There were fantasy authors prior to him, such as George McDonald, a Scottish 19th century fantasy writer, who wrote such books as The Princess and the Goblin and Phantastes: A Fairy Romance, just to name a few. Though nearly forgotten, George McDonald was a major influence on J.R.R. Tolkien, as well as Tolkien’s best friend and fellow writer C.S. Lewis. But the greatest influence on Tolkien were the Norse myths, the stories of the vikings. From these tales of Odin, Thor, and Loki, he would take rings of power, dwarves, trolls, magic runes, and even Middle Earth. It was Tolkien who made fantasy into a popular and respectable genre, who introduced the reading audience to epic fantasy on a grand scale.

It was because of Tolkien’s beautiful writing and his epic storytelling that I wanted to be a storyteller in the same vein he was. I wanted to create worlds and lore and mythology with as much magic as he did. I wanted people to experience wonder like I felt when I read his work. In short, I knew I wanted to be an author.

While I have read other fantasy books by other fantasy authors since then, it wasn’t just contemporary fantasy that Tolkien helped kindle my interest in. As previously stated, Tolkien borrowed mythology and made it his own. The man himself was a mythology professor. This in turn encouraged me to read not just Norse mythology, but mythology from all over the world. By filling my mind with all manner of mythology, it has helped improve me as not just a writer, but also as a storyteller.

Tolkien’s mark upon contemporary fantasy literature, as well as upon video game RPGs, tabletop games, fantasy paintings, and movies, can’t be understated. He touched so many people, inspiring them in their storytelling and other art forms, being a mentor to them from beyond the grave. Just as Tolkien was a huge inspiration, bringing joy and wonder to millions of people, I can only hope that my writing does that much for at least a quarter of that amount of people. It doesn’t even have to be half. If I can touch and inspire a few people with my writing, I will consider all the hard work worth it. 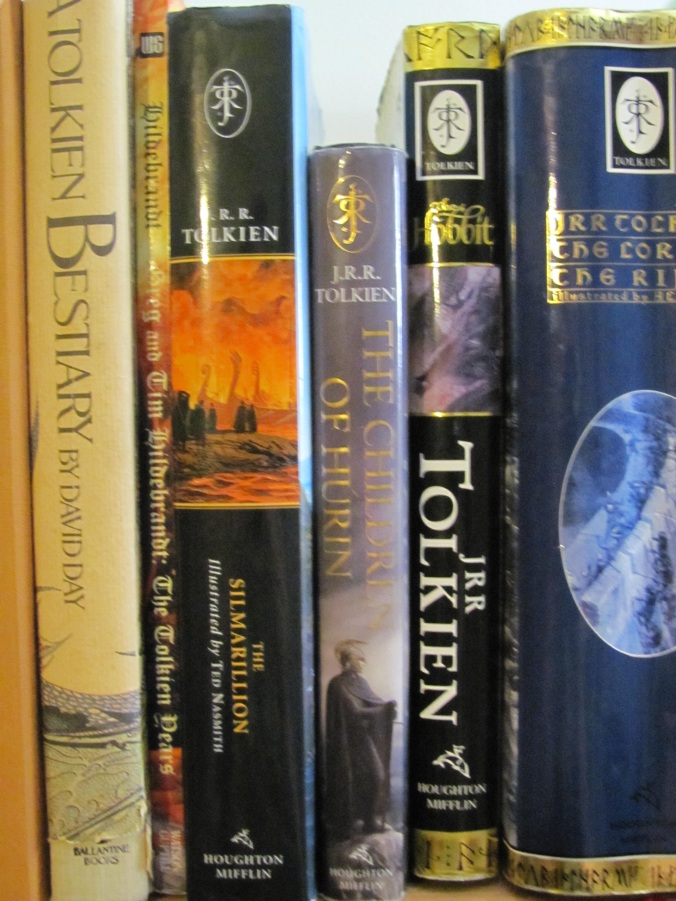 Would you like to help me get a book published? Support me on Patreon.
https://www.patreon.com/jonathanscottgriffin